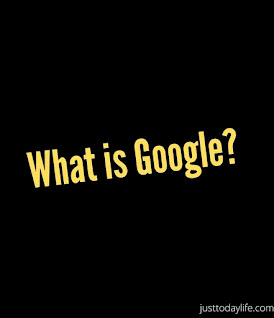 Who invented Google and when did it happen? In today’s time, it seems difficult to imagine a world without internet. If we go a few decades ago, there was no existence of anything called Internet and it has become one of the biggest needs of the world. Internet is so important today that if bread, cloth and house is added to the list of most important things then it is Internet!

Today, Internet has a huge contribution in every field. More than 90 percent of the technology rests on the Internet. Big business, even entire countries are connected to the Internet.

In today’s time, internet has become very important for all of us. If there was no internet, you probably would not have read this article. But today, the form of Internet before us was not like this before. Even after the invention of the Internet, there were many inventions related to it, which made it even better.

One of these inventions was Google!

Everyone knows about Google today. Some people accept it as a large technology sector company and some people as a software company. Google is active in many digital fields but it gets its real identity from its search engine.

Today, Google, one of the world’s largest companies, started as a search engine
That was by analyzing web pages to help people find them. But do you know that
‘Who invented Google’ and ‘When did Google invent’? If not, read this article in its entirety.

Google is a search engine through which you can get any information on the Internet. Internet is one of the biggest inventions in the world. Google may have started as a search engine, but today it is an international company in which every software engineer wants to work.

Google is making a war not only in the field of software but also in the field of hardware. Products like Google’s Pixel Phone, Google Home have been strongly liked by the people.

In simple terms, Google is understood to be a multinational technology company that mainly works in the field of Internet-connected service products such as online advertising technology, cloud computing, software and hardware. According to Wikipedia, recently Google has been included in the list of the five largest technology companies in the world. Except a few countries, Google provides its services and products all over the world.

Talking about India’s connection with Google, there is also an interesting fact that the current CEO of Google is Sundar Pichai who also heads Google’s parent company ‘Alphabet’. Along with this, Sundar Pichai is also one of the main shareholders of Google.

If you talk about Google’s early products search engine, then it is an online software or if it is a tool that provides customers with a webpage (websites and blogs) related to their interest. Google search engine is currently the most used search engine in the world.

Google was invented by Sergey Brin and Larry Page. Today, how many engineers and intellectuals have contributed to the founding of Google in front of us in such a detailed way.

But today’s multinational company was started as a project by 2 students of Stanford University, California. The inventors of Google are Sergey Brin and Larry Page, who are also the largest shareholders of Google today.

When Sergey Brin and Leary Page invented Google, it was named Googol, but due to the spelling mistsake it became Google, which is no less a brand today.

Sergey Breen and Larry Page started Google as a research project during their PhD in computer engineering at the world-renowned Stanford University.

Scott Hassan was also the third founder of the project at the time, who typed most of Google’s code, but left the project before Google was established as a company.

Scot left the project to pursue a career in robotics and in 2006 founded a company called ‘Willow Garage’. Therefore, despite being an important contributor to Google’s invention, he is not officially considered its founder.

When was Google invented ?

Larry Page and Sergey Breen had been working on Google for a long time. He founded Google as a privately held company in California on September 4, 1998. That is to say, in simple language, Google was invented on 4 September 1998.

Google was invented at a time when web directories were used to find webpages. Google was not the first search engine, but Google was built on a new methodology that made it better than others.

Search engines prior to Google used to rank web pages according to the keywords searched. The webpage which had more keywords to search was ranked above. Due to this, users could not get the right results.

But Google was developed on a new methodology. Google used to rank pages by analyzing websites and related links related to the topic. In simple language, the website which had more and relevant backlinks was ranked. This gave users better results.

This idea was from Larry Page. This new idea was named PageRank. Larry Page shared his idea with Scot and he started coding work on the idea.

The search engine based on this new idea was previously named BackRub because it ranked webpages based on backlinks. Later this methodology was also used to create many other search engines such as Baidu.

Shortly afterward, the new search engine BackRub was renamed to Google. It was a spelling mistake. BackRub was to be named Googol which means 1 following 100 zeros.

By this name, searchers wanted to indicate the quantity of webpages ranked in search engines. The domain www.google.com was purchased on 15 September 1997, which was established on 4 September 1998 as a corporate company.

Where was google invented ?

what did you learn today

If you have any doubts about this article or you want that there should be some improvement in it, then for this you can write low comments. With these ideas you will be able to learn and improve.

How To Change Your Name In Truecaller

How To Make Your Name Ringtone?

Why is family important in our life?