( How To Use Twitter? ) You do not know about it. These articles are going to be very helpful for you.

In this article, we have shared complete information related to ” How To Use Twitter? ” for you. That’s why read our article till the end. There are many people who make a Twitter account in hobbies but how to run Twitter . Due to not being aware of this, his account remains like this.

So if you are also one of them. So now there is no need to worry. Time to run your twitter account again. The twitter is very easy to operate. Just for this you have to have complete information. This article is designed to convey this information to you. So let’s start without delay.

Through this twitter, you are talking about the latest information or any latest issue from all over the world. Complete information about them is available. Along with this, you can also share your thoughts on those issues by tweeting . And you can also participate in that discussion.

If you want to follow any of your favorite people on twitter, search for their profile in the search button.

If you like one of your followers tweeted. And you want to tweet it on your wall too. So you can retweet very easily. 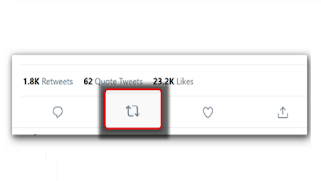 For which you have to click on the “Retweet” option. A pop-up will open on your screen. Now here if you want to type something, do it. Then press the tweet option after that. By doing this, that tweet will also be tweet on your profile.

If you want to reply to someone else’s tweet. So below tweet you will see the option of reply. Click on this option and type in your reply. Then press the send button. Your reply will reach that person.

How to send message?

If you want to send a private message to any of your followers, then look right on the screen of your mobile. There you will see an Envelope icon. Tap on this icon After this a pop-up will appear on your screen.

To write a new message, click on the message icon. Now you have to enter the name or username of the person you want to message on the address box.

After doing all this type your message and press the send button. If you want, you can also include photo, video, or GIF in your message.

Must have seen a lot of hashtag on your tweet nowadays. But have you ever wondered what it is and what hashtag is used for. Actually hashtag is the most common word or phrase on twitter. The word or relevant keyword is preceded by a hash sign (#) .

Then it gets added to the hashtag category . By doing a hashtag sign (#) in twitter, it appears most often in the relevant keyword or phrase twitter search button .

If you search on twitter, anything related to that topic. So you will see the tweets related to the same topic first. Which would have been used before hashtag.

So that your followers and other people will know about you. Like who you are, what you do, where you are from, your hobbies, and more. If you also want to set your twitter profile then read the points given below.

How do we expect Twitter to be used ? You must have learned by reading the information given in this article.

How To Change Your Name In Truecaller

How To Make Your Name Ringtone?